The following subnets are present in the lab network. Devices are either statically assigned (in the case of the public network) or dynamically assigned addresses with DHCP.

To achieve the design goal of network separation with unique security needs, but to allow networks to span multiple ports, we used VLANs to create three subnets that are firewalled from each other, and then bridge VLANs across ports. The following VLAN IDs are used for the three subnets that are present behind the class router:

The physical implementation of the lab network is shown below. 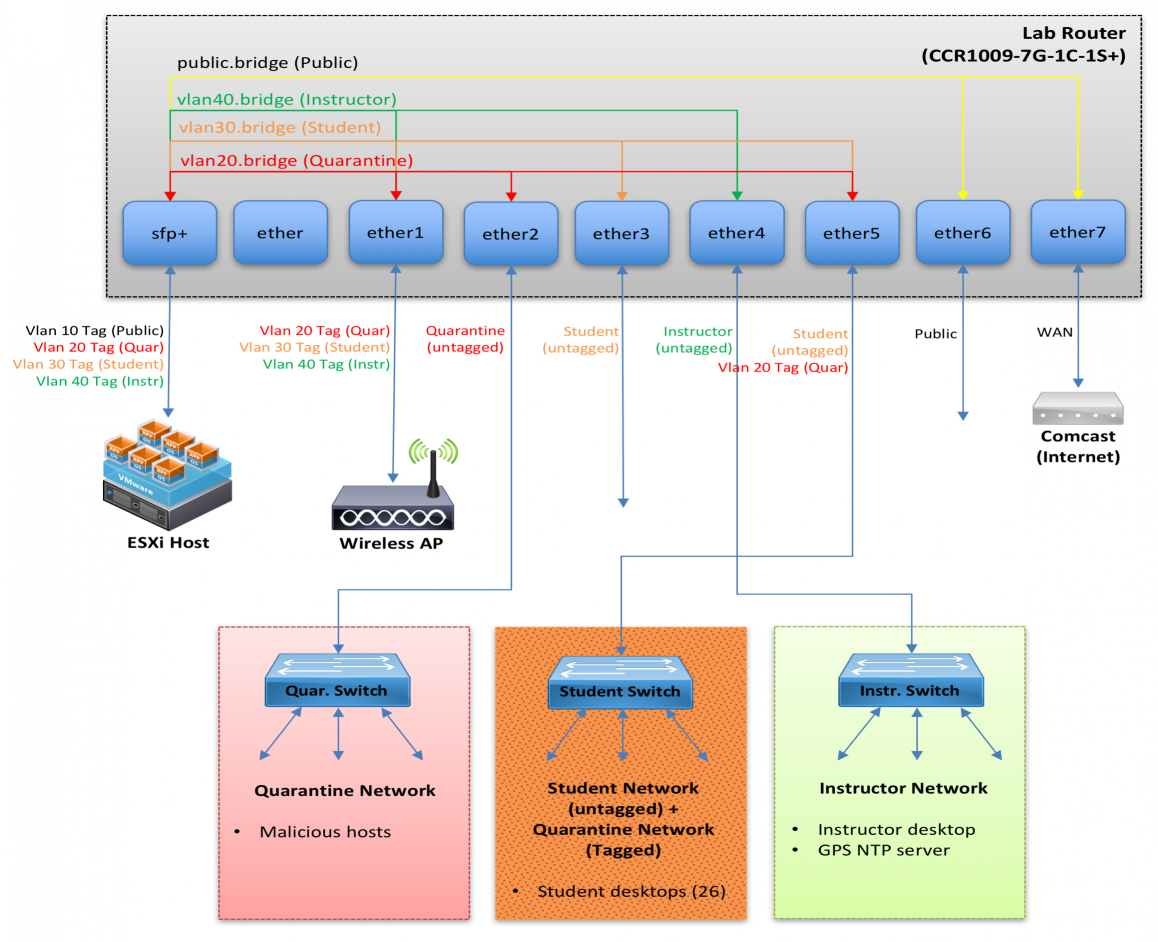 The router ports are assigned as followed:

The following firewall configuration is used: